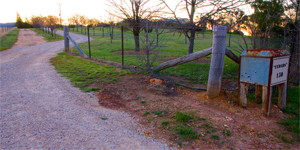 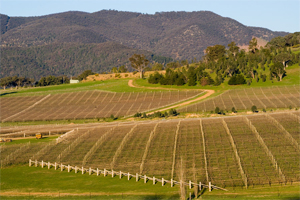 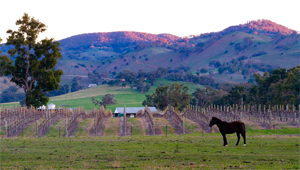 The Queens Pinch vineyard was established by the Braddock Family in 1995, and known as Cedars. Located 8km from Mudgee township, on the road to Sydney, it is in a beautiful, lush setting. "Queens Pinch" is a local name for the area immediately around the vineyard.

Under the Braddock family, the majority of the grapes produced were sold to the Southcorp/Fosters conglomerate, whose buyers considered the fruit to represent the best in the region, with a superior baume (a measure of its sugar concentration).

The Buchanan family bought the property in 2004, keen to use the grapes to make their own boutique wine. In 2006, with the assistance of respected winemaker Frank Newman and wine consultant Paul Bagley, they had their first vintage, turning out 60 dozen bottles of Cabernet Sauvignon.

Twelve of the property's 25 acres are currently under grape, producing an average of forty tonnes of fruit each year. The low-cropped vines are grown on north-facing slopes. Slow ripening, thanks to the region's perfect wine-making climate, the grapes themselves are of the highest quality.

Queens Pinch wines are still somewhat of a secret among those in the know, but quality like this soon attracts attention and their reputation is growing with every bottle opened.